The Gear List: The Gear I Carry and the Gear I Want

Hi! I’m Aaron—Lever Gear’s Operations Specialist—and I have a confession. Despite working in the EDC industry, I don’t consider myself to be a gear fanatic. I only buy what seems to work, and I only carry what I need (or what I think looks the coolest). This EDC gear list is a little review of what gear I keep in my pockets and what I want to put in them.

What I Have: Spyderco Tenacious

My brother gave me this knife. Well, he gave me one like it. I lost the original at an Every Time I Die show in New Orleans because it got hooked on some lady’s fishnets in the pit. Regardless…Despite the fact that it’s one of Spyderco’s cheapest blades, I love the quality of the knife. If you don’t want to spend 3 figures on your pocket knife, this is a fantastic option.

What I Want: Either the Gerber Flatiron or the Spyderco ROC

I REALLY want one of these cleaver-style folding blades. I do not know why. They don’t appear to have any added utility. As far as I know, there is no particular purpose that the shape of the blade fulfills either. All I know is that they are aesthetic as hell, trendy as can be, and I want two. (And apparently so do a lot of other people. You’ll notice, if you follow the links provided to the gear’s respective product pages, both of these knives of entirely sold out, and they have been for weeks.)

What I Have: Cheap Leather Wallet I Pulled Out Of the Trash

A few years ago, my friend was moving out of his apartment in New Orleans. He was a props master for some major touring theater productions, so he was throwing out all these miscellaneous accessories, one of which was the wallet pictured. While I lived in NOLA, I used it as a secondary dummy wallet. What is a dummy wallet? Well, you keep like 5 bucks and a fake ID, maybe an old credit card, in it and carry it alongside your actual wallet. If you get mugged, you can hand over the dummy, and now you don’t have to go through the hassle of canceling your credit cards and visiting the DMV to get a new picture taken.

Eventually, my main wallet, which—side note—I believed to be made of eel but was really made of hagfish, fell apart. So, I started using my dummy as my replacement.

What I Want: Wally Micro by Distil Union

These things are magic. Seriously. They look really small. As in the there-is-no-way-my-Toolcard,-ID,- and-credit-cards-are-gonna-fit-in-there kind of small. But then, like a magic trick, all your gear disappears inside. The pull string is also a really functional feature.

First and foremost, I am not kind to my things.

I spend most of my life sandwiched between reality and whatever media I’m consuming on my phone, so for me having the lightning connector headphones is a must. And, you can imagine the kind of wear and tear I put on the dainty adapter. I’ve gone through 3 of these things. They don’t necessarily snap in half, but they will slowly lose their connection over time, making phone conversations annoyingly fade in and out and lowering the quality of your customer service job drastically.

What I Want: One of Those High-End Anti-Surveillance Burners OR A Fancy Brick Phone

Huawei phones are made in China, so they might as well be made by the Chinese Communist Party. Why would I, a red-blooded patriotic American want one of their phones? Because they, unlike phones made by US companies, are not made with NSA-approved surveillance hardware and backdoors. Don’t get me wrong, using one of these phones is probably akin to inviting the Chinese state to third-wheel all of my conversations, but at least it’s a guy on the other side of the planet and not the dude I used to go to high school with.

Okay, admittedly, this Higoo brick phone has terrible reviews: It won’t really hold a charge. The interface may or may not be in Korean when it arrives at your house. You will probably have to buy new service because it only functions on certain carriers and only on 2G. The Bluetooth functionality appears to be non-existent.

However, this is all a small price to pay for being able to experience the unbridled baller-dom of pulling one of these out in public. At $53.96, that is a gamble I am willing to take.

What I Have: Timex Ironman Triathlon 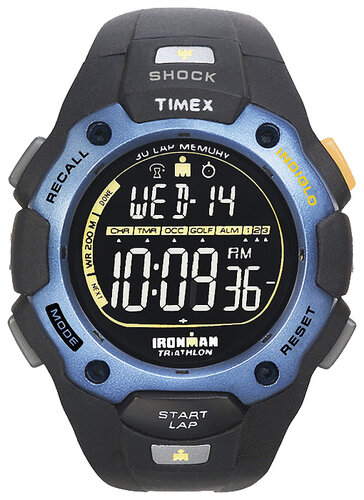 If this were only my outdoors/hiking/running-around-and-getting-sweaty sort of watch, it would be great. Whatever plastic they used for the band is totally resistant to sweat and dirt and punishment. It absolutely refuses to become gross and stinky. So, dirtballs rejoice! The only downside is that this gear is hella gaudy and not the classiest wrist piece. Timex’s newest variety of them are better in terms of gaud and class, but not by much.

What I Want: Timex Expedition

This is the perfect watch. I’ve gone through like 5 of these because I’m really rough with them, but I love the balance of sportiness and maturity that this watch/band combo strikes. This is what I would refer to as Walmart-chic: it’s an adequate choice that you can make on the cheap…literally at Walmart! Every one I’ve bought has come from Walmart. The strap might get funky quickly if you sweat with it but who cares? You can get replacement straps for $10-$20. Thanks, Walmart!

What I Have: Lever Gear Toolcard Pro Black With Clip

WOOOOOOOO!
I keep this clipped to the change pocket of my pants. The clip is something I see under-utilized with the Toolcard Pro: few people use it as a means to attach the card for carrying. And, bonus, the high contrast of the laser etched graphics against the black finish make all the markings super easy to read on the fly.